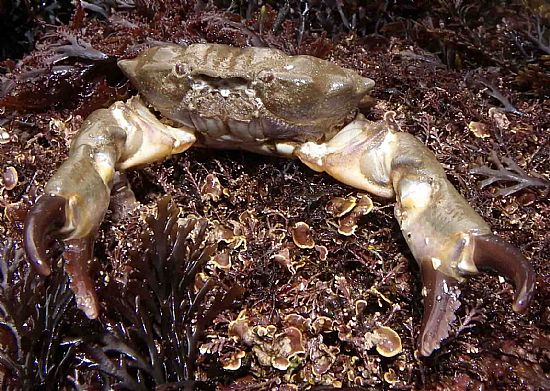 PICTURE: Montagu's crab (Lophozozymus incisus)
The biology and ecology in and around the sea lochs of South Skye are superb. This is the perfect place to excite the field naturalist (verified by my most trusted correspondent - me). The water is sparkling clear and clean while the seabed and shores have been interfered with and degraded a lot less than elsewhere in the UK.

A couple of years ago, inspired by places like Loch Eishort, I prepared a Highland Seashore Guide on DVD, which inluded an ambitious Where to Go chapter. After I had embarked on a tour of the entire Highland coast to discover just what Scotland had to offer marine biologist and interested tourists I concluded that, although many shores had the finest qualities that would draw me back to them again and again, the best for biodiversity were at Claigan (Dunvegan, Skye) Ardnish (Breakish, Skye), the Plock of Kyle, Badicaul and all around Plockton to Eileann na Creige Duibhe; in fact those rare places where the maerl beds are.

If I were allowed just one way to illustrate the supreme quality of Loch Eishort's wildlife it would be to refer to the number of New Records for species I have found on its shores during time-limited low shore rambles: 28 (so far - see the spreadsheet).

Then to narrow down this illustration of why Loch Eishort biology is special, let's consider the crabs. Most British shores can boast two, three or four crab species (common, edible, hermit etc.), but Loch Eishort is home to SEVENTEEN crabs and crablike crustaceans: 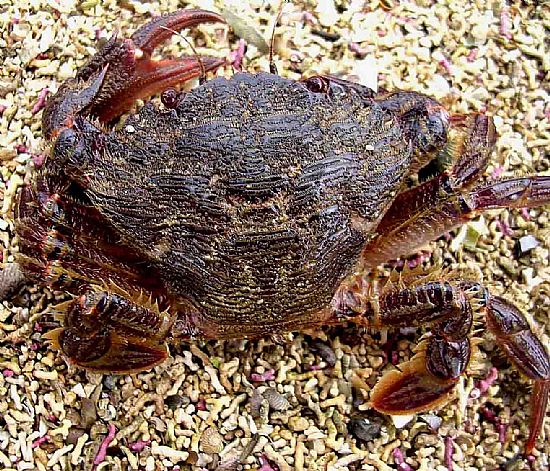 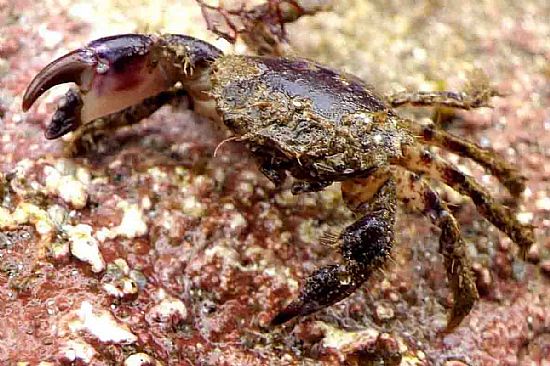 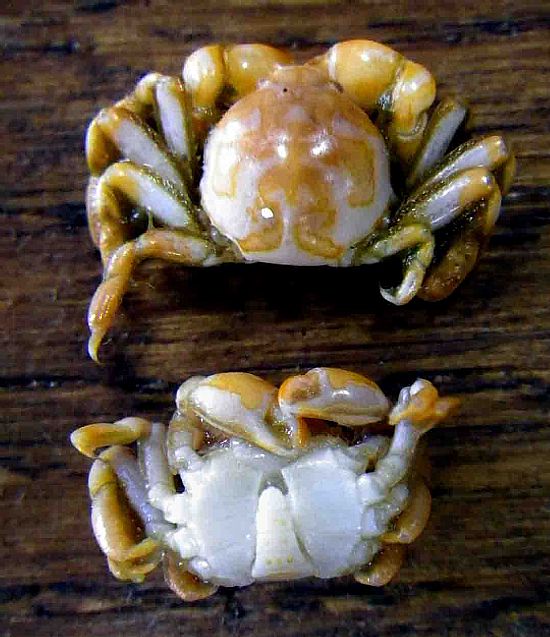 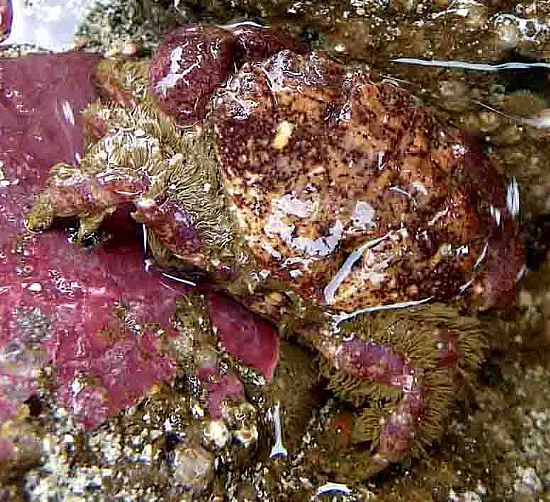 Apart from the crabs there are many other important species in and around Loch Eishort. The  remarkable list of invertebrates is growing as we spend more time hunting on the shore and collecting information from divers - who, just like us seashore enthusiasts, are attracted to Skye & Lochalsh because of the exceptional quality of the marine wildlife.

MAMMALS Loch Eishort is home to large populations of European otter (Lutra lutra), harbour (common) seal (Phoca vitulina) and Grey seal (Halichoerus grypus). The otters live in several places deep among tumbled boulders above the shore and signs of their fur washing, rolling around and lounging about can be found all around the loch margins. The seal regularly haul out on the islands in the lochs, particularly on those surrounded by maerl beds, less than a kilometre distant from where Hjaltland would like to site fish cages full of tempting salmon. Seals that can't be persuaded to keep away are shot.

FISHES The other spectacular large animal that is quite often sighted is the basking shark (Cetorhinus maximus) slowly cruising just below the surface, gathering plankton, often see as disturbance plus three surface projections inline: nose, dorsal fin and tail. Now we're onto fishes, I will mention just a couple more and leave the rest for readers to find. In October 2012, Roger Cottis and I caught a rock goby (Gobius paganellus) under a boulder to the west of Ord. The farthest north it has been found on the west coast of Scotland is Eigg so this seems to be a rare find. We also found several of the rare Montagu's crab (Lophozozymus incisus) and squillions of little broad-clawed porcelain crabs (Porcellana platycheles), both new records. The other fish to mention is a common one, butterfish (Pholis gunellus). First, even though it's underneath almost every boulder, it had not been recorded for the Loch Eishort area before we came along. Second, it's a favourite food for otters, who also thrive around here.

Of course Loch Eishort fishes include Atlantic salmon (Salmo salar) and sea trout (Salmo trutta) - or, rather, used to include. Both species are virtually extinct in the rivers that feed into Lochs Slapin and Eishort and the reason - vigorously denied by the salmon producers - is the presence of salmon farms at the heads of both lochs until just a few years ago. The cause of crashing wild fish populations is almost certainly sea lice (Lepeophtheirus salmonis), ably discussed by the Trout & Salmon Association, backed up by scientific research (here).

Extinctions rarely affect a single species and the loss of salmonids from the south Skye lochs has direct implications for a rare protected mollusc: the frehswater pearl mussel (Margaritifera margaritifera), which used to be plentiful but, if it has survived at all, it is only the remnants of populations represented by a few tenciously surviving adults with no recruitment of juveniles. The mussels have an intimate dependency upon passing migratory salmonids. Their larvae (glochidia) cling to their gills to be transported to the special, stable places they need to live for up to 130 years. IEven if a glochidium makes it to its mussel bed, it will take it 10 years to reach reproductive maturity, so what with suppression by the absence of symbiotic fishes plus persecution by illegal pearl hunters, this mollusc has little hope of survival.

BIRDS The West Highland coast is frequented by a wealth of bird species. Loch Eishort has it own specialities. Eagles, both golden and white-tailed (sea) can be seen on most days by patient observers. If a buzzard (known locally as the 'tourist eagle') is present in the same view or nearby, certainty of identification is guaranteed. Ravens nest here and can often be seen mobbing eagles, as do the hooded crows, which are very numerous. Gulls include herring, lesser and greater black-backed and common (which is quite uncommon). Sometimes mistaken for gulls are the smaller terns and larger gannets. The former often give themselves away by their very ungull-like cry, enthusiastic squeaks and the latter byt their very white apearance at a distance, black-tippes wings and incredible diving. You might not see gannetsstraight away, but you will hear them when they hit the water with a distinct fft! Look in the direction of the sound and soon a gannet will bob to the surface, swallow and take off. Also there are guillemots and black guillemots, also known as 'tysties', maybe the occasional puffin of which there are large numbers nesting on Canna.

GO TO ► HABITATS (What about habitats? Protection? Loch Eishort habitats)