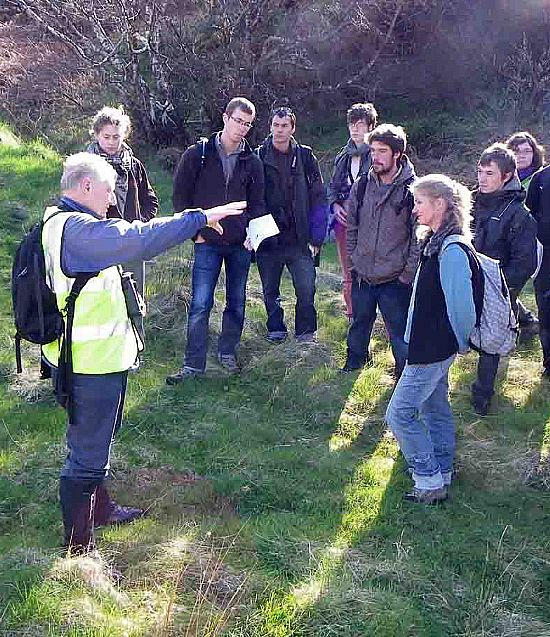 Trained as a design engineer in the automotive industry from 1960 progressing to the aerospace industry, forming a contract design consultancy from 1979 specialising in production tooling design, typically for Rolls Royce, Pratt and Whitney and General Electric aerospace components until 1992.

Mammal ecology has been a constant thread since the late 1950’s inspired by University of Birmingham Mammal courses leading to Open University ecology based study from 1971 to 1974.

General mammal recording for the Mammal Society from mid-1960’s.

Undertook otter surveys on the west coast of Scotland from Kintyre to Skye, ongoing from 1970 with contributions to the National Otter Survey for Professor Paul Chanin, University of Exeter from the late 1970’s

Scottish Badgers member since inception in 1999 and currently vice chair with responsibility for liaising with the Scottish Government through Transport Scotland related to mitigation measures preventing badger road casualties on the A9 from Perth to Inverness and the A96 from Inverness to Aberdeen, in addition ensuring badger setts are protected within the road corridors.  Forestry Commission Scotland staff badger and otter awareness training for forest operations.

My motivation, in this particular instance of open-net marine fish farming, is not a vested interest in exploiting our natural ecosystems for greed but one based on a passionate concern for biodiversity in all of its forms, which has led to an evolving understanding of what we are doing to our planet.  Emerging from this dilemma has been recognition that other people equally committed have developed alternative systems to achieve the goal of fish production - closed containment (tanks) - eliminating all of the ecological concerns.  The world’s oceans are under threat and we need not contribute to that impending environmental disaster.